What is Comprehensive Medicine? 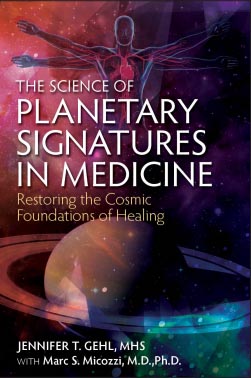 Before modern medicine divorced itself from all things natural, the study of human health was understood through the lens of the four seasons and the four elements, which created the four “humors” in the body.

The word “physician” comes from the Greek root physike, which means “knowledge of nature.“   While the word “medicine” stems from the Latin word medeor, and means “to heal”, the root “med” (and Persian word “mad”) is found in several cultures.

We also have words such as meditate, from the Latin meditari, which translates to “rehearse, or to say to oneself.” These definitions suggest that continual counsel, discovery, and exploration constitute the original meanings of the word we use today as medicine.” (Science of Planetary Signatures in Medicine, p. 1)

As Above, So Below – Heavenly Medicine

The hermetic principle “as above so below, as within so without” became the axiom upon which medicine was explored, understood, and practiced.  Everything functions within the context of relationship, but it is the relationship with one’s Self that must first be aligned with cosmic order.

The patterns we find in nature, known as the “doctrine of signatures”, take their form, and arise from, vibration.

If astronomy is the language of the cosmos, then astrology can certainly be a tool for humans to better understand their purpose within it.  More importantly, humans can become vibrationally attuned to their signature .  As the 18th C. German philosopher, Goethe, stated: “geometry is frozen music.”

The Birth Chart is imbued with Heavenly Wisdom

Our birth chart is the human equivalent of the “doctrine of signatures”, derived from the order of the cosmos, that helps us stay in tune with ourselves. If there is disharmony, there is separation, dissonance, and disease.  By listening to the sounds inherent in your personal signature, you allow the body to recalibrate and to re-member all the disenfranchised parts.

“When you have been compelled by circumstances to be disturbed in any manner, quickly return to yourself, and do not continue out of tune longer than the compulsion lasts. You will have increasing control over your own harmony by continually returning to it.”

As a musician, I have always been fascinated by the power of sound to transform stagnant energy and restore harmony to the body, mind, and spirit.  My post college education involved several energy therapies, including Acutonics®, (for which I received certification), yoga, massage, non-degree graduate courses in acupuncture and Oriental Medicine, and a Master’s in Health Sciences.

I have since authored two books, The Science of Planetary Signatures in Medicine, with Marc S. Micozzi, MD, and The Return of Planet Sedna. both of which offer comprehensive information on the human-cosmic condition, and how we are all connected through the matrix of energy consciousness.