Last month’s newsletter provided a comprehensive overview of the astrological cycles affecting the US and Sedna charts that I view as the major influencers impacting our current world events. Understanding the astrological cycles can help steady the boat as we weather the winds of change and stormy waters. It’s the BIG picture I’ve been drawn to write about because understanding the larger context can create space between today’s drama and the destination to which we have set our course.

Earth’s ocean is analogous to consciousness, emotional health, and the connection existing among all life forms, cultures, and continents on our planet. Just as there is much life teaming within our ocean that we cannot see, and requires a deep dive to understand, so too are there hidden factors involved in what is transpiring in our world. Certain events occur daily that we have not been shown, or cannot see even when it breaches the waters.

It’s not my place to enumerate what I have been shown in my own spiritual practice. We each have to do that work ourselves and draw our own conclusions. What I do want to share with you is the astrological evidence I see so that you can set your own course. It’s a very large ocean with many possible destinations, and where we end up all depends on which direction you choose to set your course and how you use your compass.

The two major influencers I see astrologically are Pluto and Sedna, the most distant planets to Earth. Other planets are working in concert with these, such as Jupiter and Saturn, but Pluto and Sedna are those that address trauma at the most intense level.  Not for the purpose of continuing or reliving it, but instead to help us reclaim our power to transcend and heal from the suffering. Since I have devoted most newsletters and a book to Sedna, I am focusing on Pluto here. 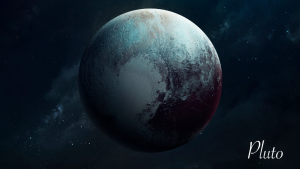 I’ve said it before, and it bears repeating, that when it comes to categorizing a planetary body such as Pluto, it is of no consequence. The astrological influence remains. It is analogous to the atomic bomb unleashed on Japan in 1945. Something so tiny – when used for destructive purposes – has no match. Pluto, which rules Scorpio and 8th House matters, teaches us about the right use of power. It represents the best and the worst of humanity. It can produce the most saintly priest or the vilest of pedophiles, an authentic, pure, and inspirational healer and teacher or the most wicked, perverse, and profane dictator. With Pluto there is no gray area and no compromise. It is all or nothing.

Pluto is returning to the US Chart’s natal position, and at 24 Capricorn it is three degrees away.  It will make the exact conjunction on 2/20/2022.   This is monumental.  Consider the “no compromise” element of Pluto, and its ultimate lesson that teaches us the correct use of power. It purifies the false, working behind the scenes for as long as it takes to right the wrongs of those who have been exploited and expose their abusers. No matter how you define and experience the Creator, a Pluto return is the astrological equivalent of Judgment Day.

All you need to do is ask yourself who has really held the power since the birth of the USA? Has it been the people or the government? The consumers or the corporations? The patients and doctors or the healthcare system? The investors or the banks? Who has really held the reigns of power? Or thought so until now. Whatever or whomever has abused their power and privilege are the entities that will be facing the proverbial fires, while those who have been falsely accused, violated, or judged – secretly or publicly – will be vindicated.  And the deaths of those who fought for justice will be requited. 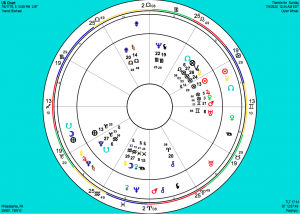 Our most recent full moon on July 5th occurred at the exact degree of the US Sun (13 Cancer), with the moon in opposition at 13 Capricorn. Full moons shed light on what has been buried in the unconscious. It has already brought information to the surface that has been buried for months, years, and decades. And with the eclipses of 2020, there will be much more to follow. 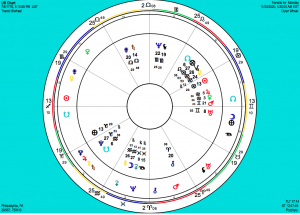 The full moon lunar eclipse on November 30 takes place at 8 Gemini, the exact degree of the US Uranus in the 6thhouse. Uranus is the Liberator and sixth house activities relate to our daily living, routines, health, and unequal relationships, such as teacher/student, “master/servant”. I believe by then we will all know the truth, and it will set us free.

The Return of Sedna after 11,500 years is Changing the Landscape of our World When Down is Up and Up is Down, Where do we find the Truth?

From Trauma to Transcendent Beauty

Winter Solstice 2020: Epoch Conjunction of Jupiter-Saturn in Aquarius, and the USA