Controversial Race to the White House: Tortoise and the Hare? 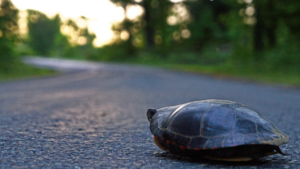 Last month’s newsletter addressed the new cycle of justice underway with the Libra New Moon, as well as a blue moon full of surprises.  We can see how this has played out in the days following the USA presidential election.

So let’s see what the astrology and moon cycles foreshadow with regard to the real president being confirmed.

The New Moon on November 15, 12:08 am EST, at 23 degrees of Scorpio, forms a harmonious aspect with the US chart’s Pluto at 27 Capricorn.  Scorpio is the astrological detective, with laser-like instincts that can spot a phony from miles away.

The Libra New Moon started the cycle of justice reform, which is ongoing, and continues to expose unscrupulous behavior.  However, depending on which news “authority” one chooses to trust, this, like Libra, is ping-ponging back and forth between the two opposing arguments.

The sextile of this new moon to the US’s Pluto, should have more success in getting to the heart of things, the “nitty gritty”, and bottom line.  Pluto rules Scorpio, and therefore the energy of this new moon resonates with Pluto’s energy of letting a dark and dead system die, while giving birth to a new cycle of power for the president elect (Pluto).

Before that can happen, however, the placement of this new moon in the US chart’s 12th house of hidden enemies, must first reveal who the real enemies are and have been. US’s Pluto is in Capricorn, which demands integrity of those in power.

It is receiving harmonious support from the Scorpio New Moon, and therefore the new cycle of power can only be granted to one who has integrity.  That much is astrologically certain.  Why do I say this when corruption has run rampant historically?

The answer is that there are larger cycles unfolding simultaneously with these moon cycles, and they provide the context.  Context is important…ahem!: 1) Pluto’s return to its natal position in the US Chart, 2) Sedna’s return to our solar system, and 3) the galactic alignment of 2012, which ushered in a floodgate of higher light forces.

Pluto’s cycle takes 248 years, and its return is HUGE upon impact.  Its mission is to expose 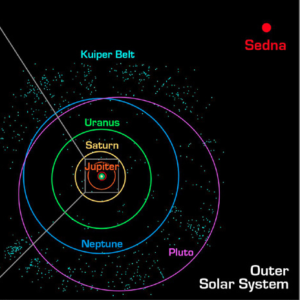 frauds and those who have massively abused their power and authority.  Sedna’s return to our solar system takes between 10,000-11,500 years.  As you can imagine this is MONUMENTAL.  Its mission is to restore the balance and harmony to all living beings through the sacred laws of reciprocity, respect, and reverence.  So, while the heated, and in some cases vicious and violent, debate continues, the outcome is secure.  It’s a win for the “real president” to stand up and claim power based upon authentic election principles.  When might this occur?  Stay tuned for December’s newsletter on the Sagittarius New Moon.

Decisiveness vs. Divisiveness? Other Aspects this month

Transiting Jupiter at 23 Capricorn, in exact accord with the Scorpio New Moon at 23 Scorpio.

Jupiter is the planet that expands what it touches, and also the natural ruler of Sagittarius (next month’s new moon), higher courts, laws, education, expanding the mind, and seeking TRUTH.

This month’s new moon forms a harmonious trine to US’s Mercury at 24 Cancer in the 8th house of shared resources and power.  This holds great significance: 1) Mercury rules Gemini, the sign occupied by US’s Uranus (the public) and Mars (enemies).  The 8th house governs secrets, and unavoidable change (death, taxes, etc.).   The 8th house also rules shared resources, hidden wealth, and power.  The Sabian symbol for Mercury’s degree at 24 Cancer reads: “leader of people is wrapped in an invisible cloak of power” Will we finally know who that leader is this month?

November 30 Full Moon in exact conjunction to US Uranus at 8 Gemini.

Uranus represents the collective group – the people, revolutions, and rebels.  Gemini represents the “twins” and seeing things in black and white.  The Sabian symbol for 8 Gemini reads “a medieval archer stands with the ease of one wholly sure of himself, bow in hand, his quiver filled with arrows”.  This describes a natural warrior with accuracy and strength that delivers a message true and clear.  Here’s hoping that the decisive message conveyed to the people can end the current divisiveness.

December 14 New Moon at 23 Sagittarius opposing US Mars at 21 Gemini:

1) Sabian symbol for 23 Sagittarius: “A bluebird, sign of good luck and happiness, is standing at the door of the house”

2) Sabian symbol for 21 Gemini: “Dancing couples crowd the barn in a harvest festival”